Old Aberdeen manages to retain its charm as a village surrounded by the City. It developed around religion and education evident from the physical survival of St Machar’s Cathedral and King’s College.

The Roman settlement of Devanna may have been at a site near the present day City and Aberdeen could be the “Apardion” mentioned in the Heimskringla Saga.

Aberdeen as we know it today began with two main areas of settlement; Old Aberdeen and what became known as New Aberdeen (to the south). They developed on a series of sand and gravel mounds aligned north to south, between the Rivers Don and Dee. 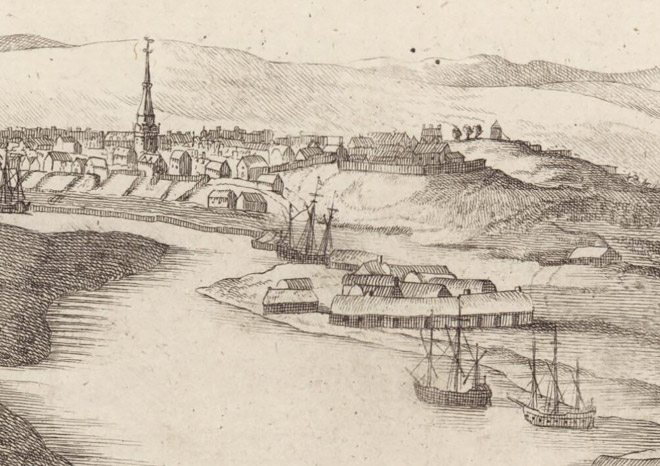 Slezer’s View of New Aberdeen 1693. Reproduced by permission of the Trustees of the National Library of Scotland

Aberdeen was ideally positioned for trade with Scandinavian and the East coast of Scotland during the medieval period. Fertile agricultural land provided wealth for land owners and the discovery of granite, its export and use in building Aberdeen during the C18th and C19th gave rise to the city’s well known nickname “the Granite City”. 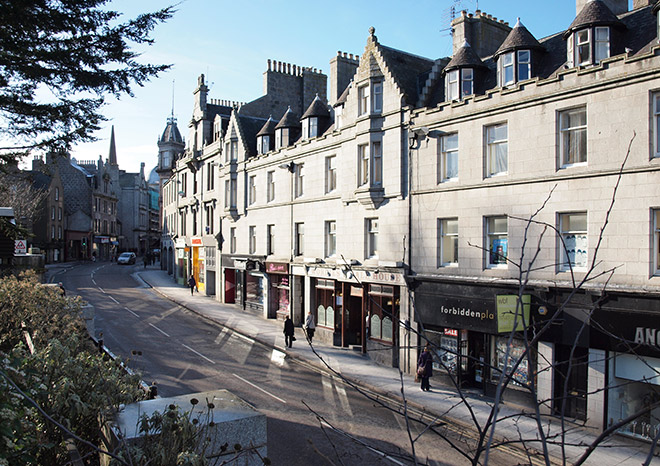 It is tradition that St Machar founded Old Aberdeen’s first church during the 6th century overlooking the Don. By the medieval period both documentary and physical evidence exists of ecclesiastical activity. 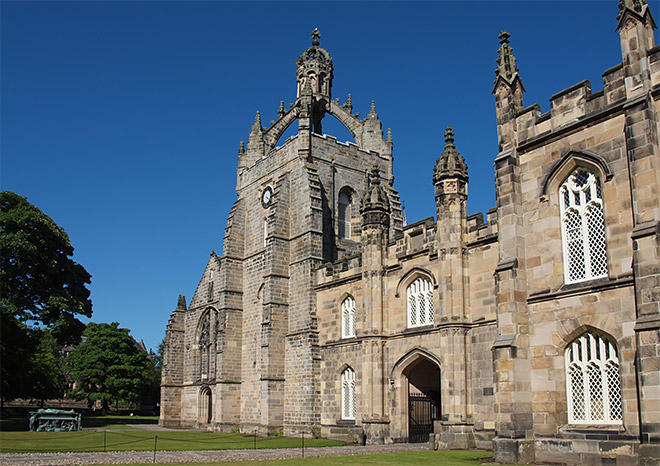 David I established a new Bishopric at Old Aberdeen in 1125/30. St Machar’s Cathedral dates from at least 1370 but probably replaced a building of around 1160. Canons resided in the Chanonry. 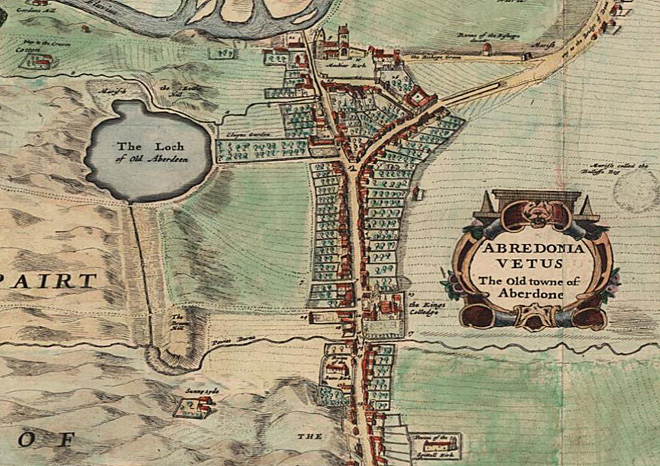 1661 Parson Gordon Map. Reproduced by permission of the Trustees of the National Library of Scotland

William Elphinstone established a college dedicated to St Mary in the Nativity in 1495. It became known as King’s College.

Old Aberdeen was established as a Burgh of Barony on 26 December 1489 by James IV and had a small market.

It is tradition that St Machar founded Old Aberdeen’s first church during the 6th century overlooking the Don.