The city continued to grow and soon took in other previously separate areas and settlement.

An Act of 1871 saw the city boundary extended to take in North Broadford, Fountainhall, Mannofield and Broomhill.

The original settlement developed about the Church of St Clements, rebuilt in 1828 by John Smith. It was an area of industry and fishing. Smith laid out the “new town” of Footdee at the extreme East End of the harbour at Sandness as two squares. Although Footdee (Fittie) has always been a part of Aberdeen it has a distinctly different ambience. 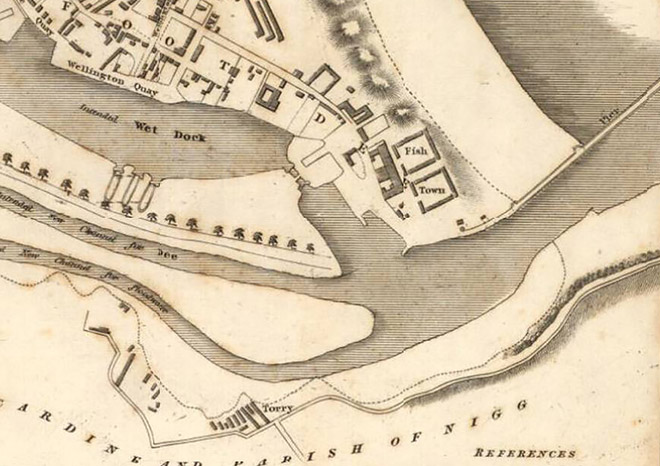 Wood 1828 Map. Reproduced by permission of the Trustees of the National Library of Scotland

Granted a Royal Charter by King James IV in 1495, Torry developed from the late medieval period as a fishing and industrial community. Torry and Girdleness played an important role in navigation and defence of Aberdeen’s harbour. Stevenson’s lighthouse opened in 1833; Torry Point Battery was built in 1860. 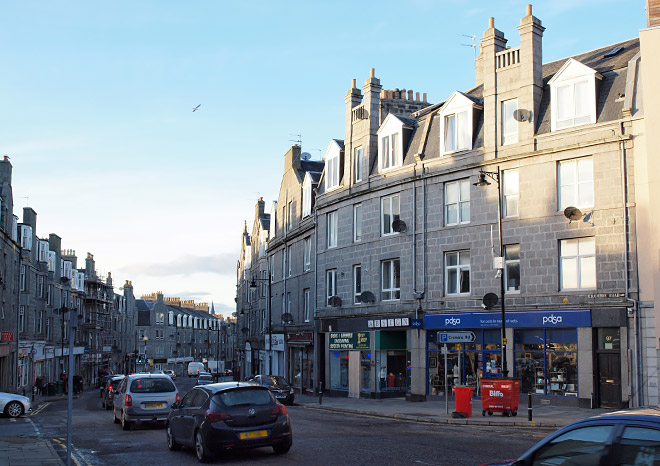 Torry was joined to Aberdeen by the 1829 Wellington suspension bridge and later Blyth’s 1881 Victoria bridge. It was incorporated with Old Aberdeen into the City of Aberdeen under legislation of 1891.

Although Footdee (Fittie) has always been a part of Aberdeen it has a distinctly different ambience.